MLB Over/Under Bet of the Day: June 13, Royals vs Giants 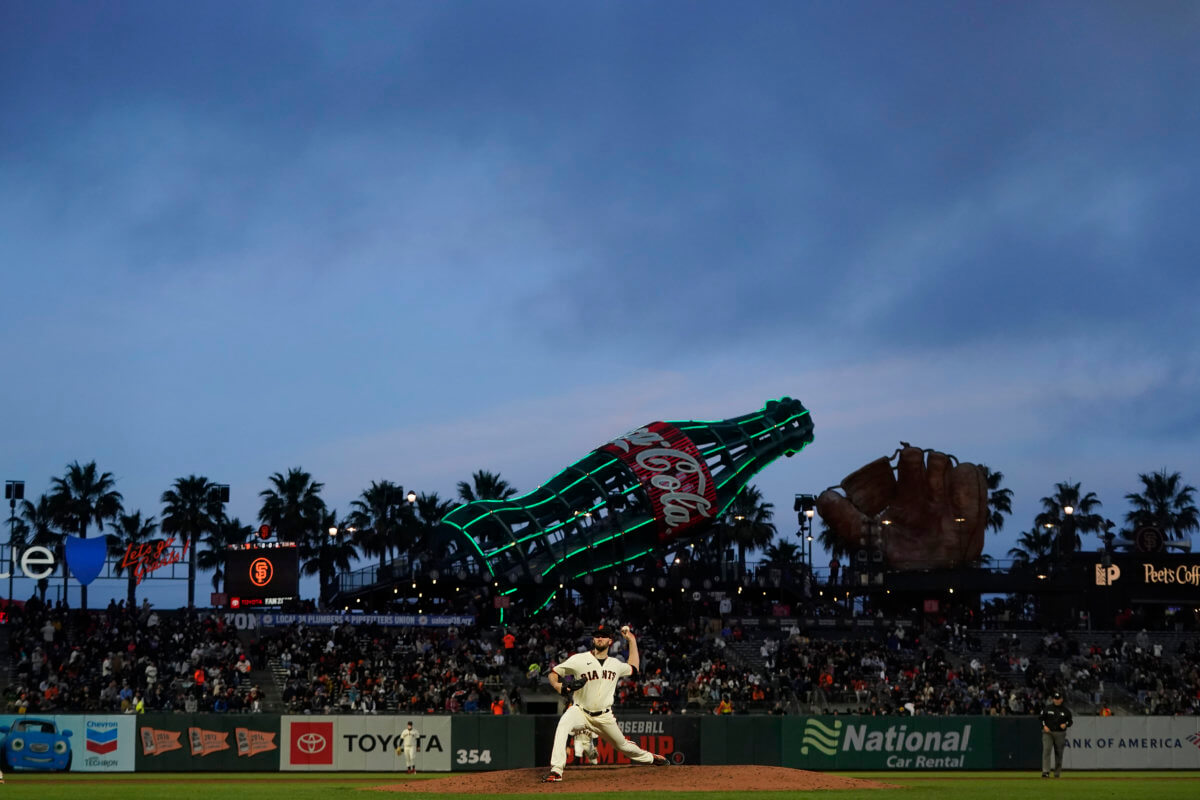 As discussed before, totals emanating from pitcher-friendly Oracle Park don’t normally settle in at 8. The pitching matchup kicking off this interleague series opener tonight doesn’t deserve that label.

But that’s what the books have opted to go with and we’ll try to make them pay for what I think is an odd call. Maybe if this was Alex Wood earlier in the year when he looked uncharacteristically erratic in carrying a near-5.00 ERA into the end of May. And perhaps the linesmakers would have a better case if this was the mostly ineffective 2021 version of Brady Singer.

However, both of those things don’t carry any weight at all right now. One, Wood is engineering his best stretch of work right now, having tossed three straight encouraging outings in which he allowed three runs or fewer in each. Wood also managed to register a pretty 16-3 K/BB ratio within this span — and continued his notable streak of not having issued more than two walks in any start this season.

We can gather that Wood’s command has mostly been on point, and his advanced stats certainly indicate he’s going to sustain the current run he’s on. Wood holds an illuminating 3.25 FIP and 3.12 xFIP, and considering he’s had to deal with a just-plain-unfair .340 batting average on balls put in play against him, I’m gladly willing to bet on him shrinking his earned run average closer to that pristine level.

Plus as it pertains to tonight’s matchup, the veteran southpaw will be seeing a lineup that doesn’t typically excel with a left-hander on the mound. The Royals are one of 10 teams in baseball with a sub-.700 OPS against lefties, while their .241 average is tied for the 11th-lowest.

Feel good about entrusting a normally-steady left-hander to put together another solid showing as he’s rolling right now. So, too, has the counterpart, Singer.

The former first-round draft pick curiously started the campaign in the bullpen before even more-curiously getting sent down to Triple-A. Since his return and subsequent inclusion into the rotation, Singer has actually been very good, pitching the Royals into at least the sixth frame in all five of his assignments (something he only did 16 times in 27 starts last year) and yielding no more than three earned runs in all but one of them.

Not only that, Singer has already gone seven innings deep nearly as many times as he did in all of 2021. This simply looks like a kid that is harnessing his high ability and could be on the verge of meeting the somewhat lofty expectations he once had.

The biggest difference-maker for Singer above all might be his significantly deflated walk rate. That mark currently stands at just 1.02 BB/9, less than a third (!) of what it was a season ago (3.72). You also have to like his increased number of strikeouts  in etching that 35-4 K/BB ratio across 35.1 innings. Singer has arrived.

Be sure to bet the total quickly. It wouldn’t be odd if this shrinks to 7.5 everywhere.